Thank you for all your support

Yes!! we are going to make it!
Thank you for your support, and now we are in a position to say we will be able to go ahead with our plan with ACG UK residency Programme for Japanese artists from the affected area.
http://artaction2012.jimdo.com/ 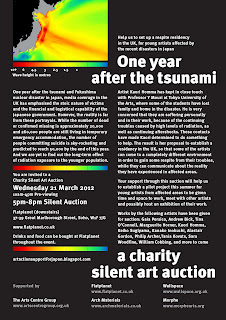 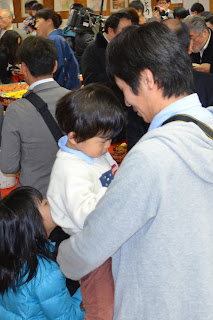 On 25th March, Fukushima Daiichi Baptist Church had a final joint service with Okutama Church before they have vacated camp on 26th  March.
It was emotional service.
People of Fukushima Daiichi Baptist decided that they are going to rebuild a chapel and old people’s care home in Iwaki City, Fukushima just outside of 20km exclusion zone.
It is not quite home as their homes lie empty within the exclusion zone.
The entrance of the new church faces the direction of their original church, which are only 2km from exploded Fukushima Daiichi plants and they are not allowed to go back. The form of the new church resembles the outstretched wings of an eagle as Isaiah 40:31, for their next journey ahead.
Mainly old people are going back there. And other people with younger families are dispersing to different part of Japan some as far as Okinawa.
Kaori Homma artaction at 1.4.12