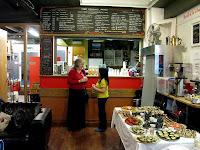 It was a great evening with lots of support from artists and curators and others, including Meryl Doney,  Kaya Hanasaki, Kate Allen, Veronique Chance, Marguerite Horner, Taeko Ishii, East Teas, Tango South London, Richard Allen, Ken McLaughlin, Song Ling, Yumi Otaka, Luciana Ortega, Rachelle Sherwood. Some of artists offered creative skill sets for art raffles, while others took part in sales of items and project works. Also lots of Sushi and Japanese canape were made by artists and enjoyed by others! 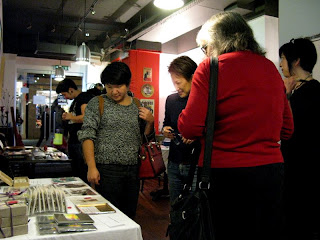 We are happy to announce that over 70% of fund is now raised to make 2013 Respite possible.
But we are still accepting donation,  so please go to


http://www.everyclick.com/artaction
100% of what you give will go to Artists Residency Project in UK 2013, and benefit selected artist from affected areas who will travel to York and Margate as well as being hosted as an artist in residency at Departure, Limehouse, London. And he/ she will transmit their perspectives on what is happening in Japan since 3.11 Tsunami and Nuclear Fall out Disaster from within as a young emerging artists.
Kaori Homma artaction at 5.12.12